With the end of the Soviet Union, on Christmas Day, 1991, many in the world heaved a sigh of relief.   Here in the United States, it felt as though a great threat had been lifted, and there was hope that a new, peaceful, world might emerge.  The internet and the globalization of finance and commerce would tie everyone together, and we were going to lead the way.  Other nations would look to our expertise in business and technology; they would adopt our democratic institutions and norms.   Our military would intervene here and there as needed, to reign in the occasional dictator who got too big for his britches, or restore order where civil conflict raged out of control.  But we would have no rivals.  Here in North America, surrounded as always by our oceans, and friendly neighbors newly integrated with us into a single market, we would prosper and live without fear, at least where foreign enemies were concerned.
This was the dream that came to an end on September 11th, 2001.  On that day a new word rose the top of the lexicon of American political speech, the word “homeland.” Though the word itself wasn’t new, national leaders started saying it frequently, and using it in a different kind of way.  And every time we heard it, it was a reminder of the fear of that terrifying day.  Because even if we did not lose friends or family members on September 11, many of us lost something else.  We lost the belief that massive political violence against innocent civilians was something that could only happen far away.  Even those of us who lived relatively secure lives, and generally felt protected in our homes, and workplaces, and the streets of our towns, lost our sense of invulnerability.
I was one of those people.  I was eating breakfast in the kitchen of the apartment I had just moved into with Meg in Emeryville, when the radio said that hijacked planes had hit the Towers and the Pentagon.  And I felt an great sense of dread.  I didn’t know what it would mean for the future, but I knew that it wouldn’t be good.  Like someone in a dream, I put my tools in the truck and drove off to a gardening job, but at lunch I had to quit and go home with flu-like symptoms.  The news had literally made me sick.
The human body and spirit are resilient, and I got better in a couple of days.  But it’s hard to say that collectively we’ve made a full recovery.  After fifteen years of “War on Terror”, we still feel vulnerable than ever, and it’s clear that Muslim extremism is not the only threat: economic anemia, simmering racial tension, and egregious inequality, rampant gun violence, and the unmistakable onset of climate change call us to profound soul-searching about what it really takes to make a homeland, let alone a world, that is truly secure.

It’s a spiritual crisis, not unlike the one that Jeremiah talked about in the 7th century BCE.  The mighty Assyrian Empire had long ago dismembered the northern kingdom of Israel, but the southern kingdom of Judah remained defiant.  Although the Assyrian army invaded Judah twice, it failed both times to capture Jerusalem.   And then, quite unexpectedly, over a few short years in the 620s and 610s, the power of Assyria melted away.  Suddenly Judah enjoyed a degree of national independence it had not known for over a hundred years.  Her kings took back some territory, the priests and scribes made some religious reforms, and the court prophets began to say that the tide of history had turned, that Israel’s God was pleased with her again, and the peace and security of the days of David and Solomon would return.
But Jeremiah saw something different.  He saw that the modest religious reforms had not brought the nation back to its covenant with God.  They did not cease practices, like human sacrifice, derived from foreign cults.  He saw that the people did not carry out the social justice commanded in the law.  Jeremiah cried out in pain and anger at the apostasy of Judah, and said it was the pain and the anger of God.  Far from thinking that God was about to restore Israel’s greatness, he saw a wave of destruction coming from the north.
Jeremiah lamented for his poor people, because God had already made a judgment against them that could not be revoked.  And in Jeremiah’s vision, the consequence of Judah’s evil doings would be worse than military defeat.  It will be worse than the loss of the homeland.  “I looked on the earth,” he says, “and lo, it was waste and void; and to the heavens, and they had no light.”  This is a vision of the undoing of the creation of the world.
History proved Jeremiah right about destruction from the north.  A new empire rose out of the ruins of Assyria, and in a few short years that empire would take Jerusalem, destroy the temple of Solomon, and carry the last king of David’s line away in chains to Babylon.  And in the loss and trauma of exile the prophets and sages of Israel began to re-think what it would mean to come home.  Some Jews would indeed eventually go back and repair the walls of the holy city, and build a second temple, bigger than the first.  But the hope of restoring Israel as a national entity would from then on always be in tension with hope of a different kind.
This new hope sprang from a vision of renewal, not merely of Jerusalem, but of the whole of creation.  Israel began to receive a new vocation for herself, that of leading all humanity home.  Cut off from their land, they found that in repentance and prayer, in justice, compassion, and love they could still take life from the spirit of God.   And in that spirit they found the grace not just to maintain their faith, and survive as a community—they found the source of true security, abundance, and peace.
Every Sunday in church we have an altar call.  It is not an invitation to individuals to come forward and confess their personal sinfulness and need to be saved.   It’s not a celebration of individual repentance and return to the community of God’s elect.  At least, that’s not the main focus.  What we do is invite everyone to come to the altar together.  After we all confess our sinfulness together, we gather at the altar in thanksgiving for what God has done for all of us to bring us home.
This celebration continues the feasting that Jesus did, when he came to seek the lost sheep of Israel, and sat at table with tax collectors and sinners.  Nowhere in the gospels does it say how many of those sinners changed their ways.  From scattered hints we know that many of them did, but as Jesus himself says, even one is enough to make the angels in heaven rejoice.  And that is what our celebration is about: that God cares enough about that one lost sheep to send Jesus to go and find it.  That one lost coin matters enough to God to light the lamp, and sweep the house, and look under the sofa cushions until she finds it.
Jesus calls us sinners all together for a feast to celebrate the love of that God, and this inclusivity leaves it open for each of us to ask ourselves “am I that one?” “Am I the one for whom Jesus left the other ninety-nine behind to come and find?  Am I the one he is carrying home on his shoulders?”  But it also means we can look at the sinner beside us at the altar rail and wonder, “or is it him?”  “Is she the one?”  That open possibility is what makes this feast a sign of the Kingdom of God.
Jesus says that the Kingdom of God is like a great net thrown into the sea, that catches every kind of fish, the good and the bad.  It is like a field of wheat, in which someone came and sowed some noxious weeds, and the weeds grew up with the wheat so there was no way to pull them out.  And this makes God’s Kingdom a mixed-up kind of homeland, a place where we have to be vulnerable.  It’s not a place we can hunker down behind the walls of our judgements of others, or an exclusive club, where only the people who think and act and look like us belong.  It’s a place where security and health are gifts of the spirit of repentance and forgiveness, the spirit of always being able to begin again.
Posted by Daniel Currie Green at 6:29 PM No comments:

Posted by Daniel Currie Green at 6:21 PM No comments: 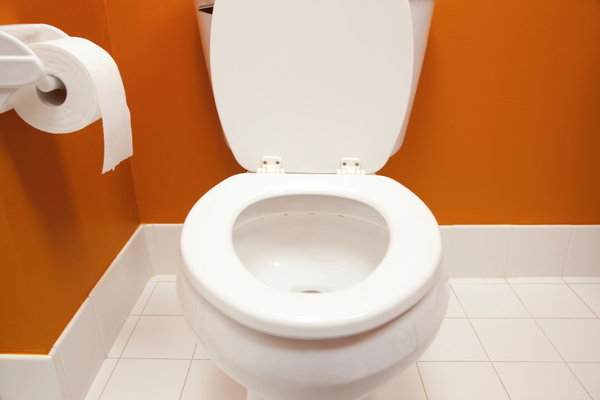