A tree beside the crowded street 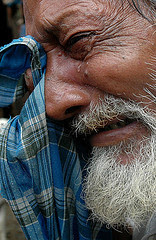